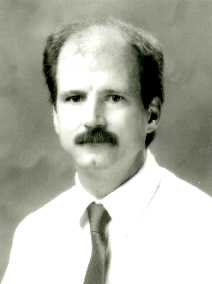 While performance continued to improve for United States Olympic athletes through the 1980's and the early 1990's, the recent world competitions has shown that this improvement has stalled. Previous improvements were, in part, the result of continued development of training methods and coaching education through increased influence of science. This particularly applies to sports medicine, sports physiology and sports psychology, as well as biomechanics. All areas of science contributed to the improved performance parameters in middle distance runing.

The factors that decide the performance in middle distance running are anaerobic endurance and aerobic power.

Anaerobic endurance primarily determines how long an athlete can sustain maximum power output with a minimum drop in speed. Its greatest effect is noticed on distances which require performance times of two to five minutes, ie. 800 to 1500 meter events. Anaerobic endurance is determined by: 1) productive power of these energetic pathways which are concerned with anaerobic glycolysis and, 2) subjective tolerance to lactic acid accumulation. Anaerobic breakdown of carbohydrates occurs in the cell and the required enzymes are dominant in fast-twitch muscle fibers. Lactate tolerance is related to pain threshold and motivational level, as well as lactate removal rate from the muscle cells.

To tie together this enormous lactate puzzle requires an understanding of 3 different working units within this energy system. The first working unit is termed Speed Endurance. To challenge this system, runs are done at maximum or sub-maximum speed (90-100%) for approximately 7 to 20 seconds (60-150 meters), like speed, this involves a motor educational process to implant the correct patterns, not the actual energy source. Speed endurance runs can be done without the penalizing disadvantage of heavy lactate accumulation. No more than 2 to 3 sets or 300-1200 meters in total distance should be run. Sets of 2 to 5 reps with 2 to 5 minutes recovery between sets, and 8 to 10 minutes between reps is recommended.

Special Endurance I refers to the technical demand and/or the energy system demands. Runs are done at 90 to 100% for approximately 20 to 40 seconds (150-300 meters) with complete or near complete recovery (10-20 minutes) between reps. 1 to 5 reps are done for this competition specific type endurance for 300 to 1200 meters in total distance. Special Endurance II involves 1 to 3 runs, done at 90 to 100% intensity for approximately 40 seconds to 2 minutes, 300-600 meters, with complete or near complete recovery (20-30 minutes). Low intensity jogging or tempo runs (40-50% intensity) will help recovery and removal of lactates in 20 to 30 minutes. If just walking or sitting recovery is done, it will take 1-2 hours to remove lactate accumulation.

Anaerobic power is associated with the biochemical ability to produce the greatest amount of aerobic energy (ATP through oxidative phosphorylation) per time unit. This is one limiting factor in events which demand peak energy output and energy production during a period of four to twelve minutes, 1500 to 3000 meter events. Aerobic power is largely limited by transport, rather than utilization, of oxygen. Factors of the greatest influence here are lung diffusion, hemoglobin, pumping ability of the heart and capillarization of specific muscles.

Training for anaerobic endurance entails what is often called "lactate training". Training results are rapid but of brief duration. In addition, this type of training is very strenuous and taxing on the athlete, so its use should be restricted to certain intense periods just prior to peaking for competition. Lactate training should be conducted as interval training with incomplete recovery between highly intensive work periods.

Aerobic power is improved by intensive bouts of exercise lasting four to eight minutes. Heart rate should exceed 180 beats per minute and jogging during "rest" should never be so slow as to allow heart rate to drop below 120 beats per minute. Rest intervals could be about equal in length to the work periods. It is essential to note that no athlete should be subjected to highly-intensive bouts of exercise without completing overdistance training. This is especially critical in young athletes; it takes years of diligent endurance training and tempo intervals with allowance for good lactate removal from the muscles to tolerate highly-intensive exercises.

Extensive Tempo training involves running at 60-80% (HR 120-160) intensity, the trained athlete will experience lactate formation but only a fraction of those levels reached while running at 90-100% intensity. Continuous running at extensive tempo levels assists the removal of lactate and the body's ability to tolerate greater levels of lactate. At submaximal work levels of 60-80%, lactate forms in larger amounts when the oxidative system is insufficient to meet the demands of the muscle, creating a state of oxygen shortage or oxygen debt accelerating the demand for anaerobic metabolism. This level may not occur until well into the workout or during intensive tempo work. This method involves relaxed and smooth running at 60-80% intensity, to assist recovery and enhance the oxidative mechanisms.

Intensive Tempo training refers to exercise at 80-90% (HR 160-180) intensity, a relaxed, smooth and controlled tempo will allow an athlete to run without undue stress. Stress develops from running tight with poor mechanics bringing about a type of emotional and mental fatigue often associated with stress. An athlete may not necessarily get tired from running fast, but from working harder. Insufficient oxygen and the build-up of lactate will bring muscle activity to a stop, owing to a build-up of waste products causing fatigue. The onset of this condition is determined to a large extent by the efficiency of circulation developed with extensive tempo preparation. Tempo work of all three levels is used by progressively increasing its intensity and gradually work into special and speed endurance sessions. It is intensive tempo that lays the base for anaerobic energy systems which follow.